Deep forks weave through the sage, occasionally dipping out of sight as the buck drops down to gobble up another bite of grub. Then, the massive rack reemerges, sending a fresh surge of adrenaline through your veins. 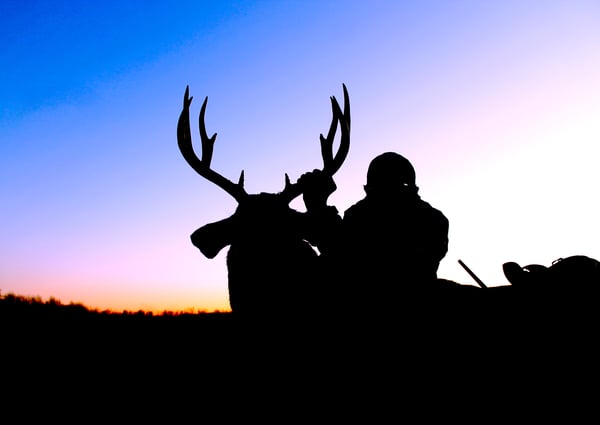 That’s the thing of dreams for a mule deer hunter, and those who know the Cornhusker State, understand just how great the Nebraska mule deer hunting can be. Just take Trent Holscher’s 210-inch buck, or the 220-inch deer taken by a young girl, for example. Seriously, those who’ve never experienced what Nebraska has to offer are truly missing out. The deer hunting is incredible, mule and whitetail deer hunting included. Here’s what you should know. Mule deer behavior changes throughout the season. Deer generally have very different summer, fall, and winter ranges. However, once settled into each of these, they tend to live in relatively small areas. The exception is when they are spooked out of said locations.

In late summer and early fall, archery seasons open, bachelor groups form, and deer spend more time close to warm-season food sources. Then, as the rut approaches, these groups disassemble and move into their fall core areas. Once the late season arrives, deer begin pushing into their winter ranges, which are generally spots that offer the best food and cover for the time of year.

Finding where deer bed down is likely the most important factor, as this is where they spend daylight hours. Oftentimes, mule deer spend the most either up along ridge lines, or down in drainages and other low-lying areas. In rolling or hilly terrain, bedding in these places gets them out of the wind and allows them to see, hear, and even smell danger. You’ll likely find them just over the crest of the rise, watching everything down below them. When it’s hotter, focus on areas that are cooler and offer more shade, such as northern-facing slopes. When it’s colder, look to areas that shield them from the wind, and those that offer more sunlight. 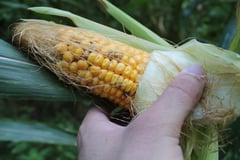 Bedding and security aside, food and water are important, too. Natural food sources such as soft or hard mast (where available), forbs, shrubbery, and general browse (woody plants and stems), are on the menu. The latter of which keeps them fueled during the hardest months of the year. Of course, crops such as corn, sorghum, wheat, and others, also having drawing power. You’ll find this mixture of desirable habitat along river drainages. 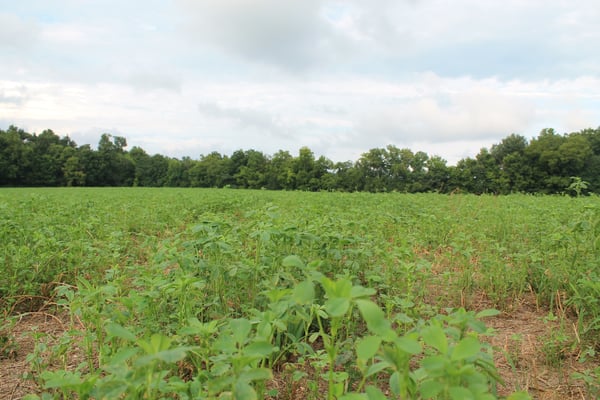 Focus on food sources, such as alfalfa, sorghum, and cornfields. 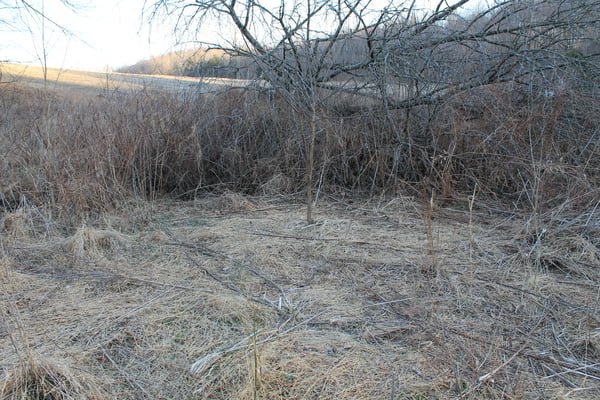 Mule deer are habitual animals, perhaps even more so than whitetails. While mule deer don’t do the same thing year-round, if you spot a buck doing something a couple times in a row, remember it. There’s a good chance you might see it do so again, maybe even the next day. Drill down on that pattern and fill your tag before it changes.

Despite potential patterns, don’t expect mature mule deer to be quite as patternable as whitetails. Mule deer tend to use a larger variety of bedding areas and trail networks than whitetails. So, don’t get frustrated if they suddenly stray from what you expect them to do. 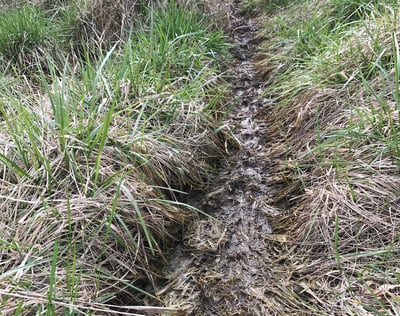 Just as with whitetails, always be on the lookout for sign.

It’s an obvious statement, but you can’t kill a big buck until you find one. Oftentimes, finding top-end deer is the most difficult part of the equation. Because without that, you have no chance. Filling the tag becomes the easiest part, regardless of how intelligent or dumb the deer happens to be.

Zooming out, most of Nebraska’s mule deer are in the western half of the state. They inhabit and thrive in the grasslands. This is the region where most of the state’s top-end bucks come from. Zooming in, properties that offer a mix of prairie and crop ground offer the most promise. These areas provide the bedding, food, water, and security deer need to survive. 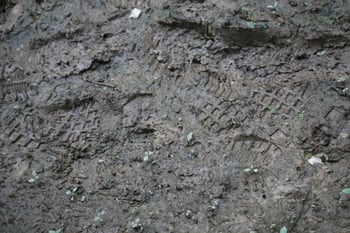 Unfortunately for Nebraska deer hunters looking for access, the state has very little open access. It’s only 3% public land. That doesn’t include Passing Along the Heritage Program (PATH) lands, and similar systems. But still, access is quite limited.

Furthermore, mule deer populations continue to decline in some areas. Numbers show a downward trajectory, and many areas are reflecting this with decreased sightings and harvest numbers. 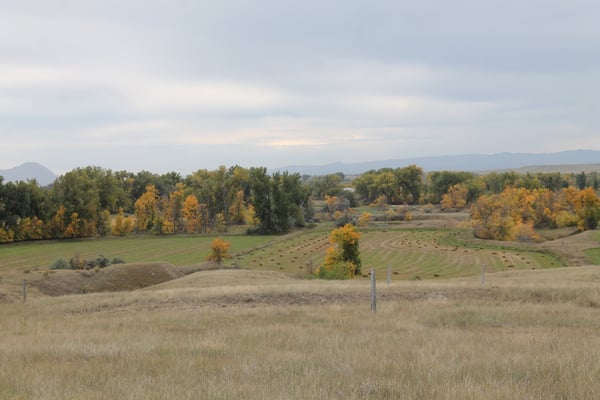 You can’t kill a deer that isn’t there and finding new ground that offers great hunting isn’t easy. Even when you find a tract of land with great Nebraska deer hunting, it’s difficult to learn how deer use and traverse it. That’s where scouting comes into play.

Begin the process by studying apps and maps of your Nebraska private hunting land. Study possible bedding areas, food sources, water sources, and access points. If other hunters are present, find overlooked pockets and areas that other hunters might avoid due to difficult access. 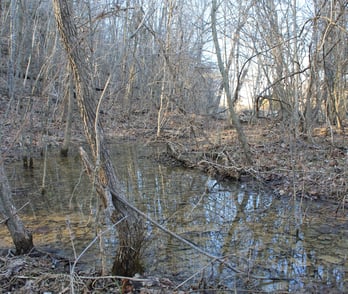 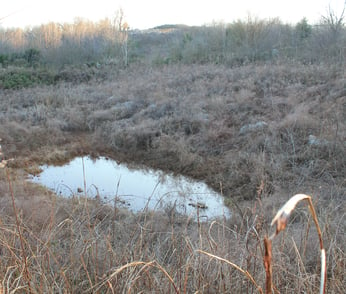 Water can be rare in parts of the state. Focus on areas that offer this basic need.

Once you’ve identified potential hotspots, put boots on the ground. Start glassing from afar to determine where deer are spending the bulk of their time. Some advanced tips include:

It’s crucial to find a deer that’s going to make you happy. A good glassing effort can help the prairie to relinquish just that. Once that happens, it’s time to move into the final phase. 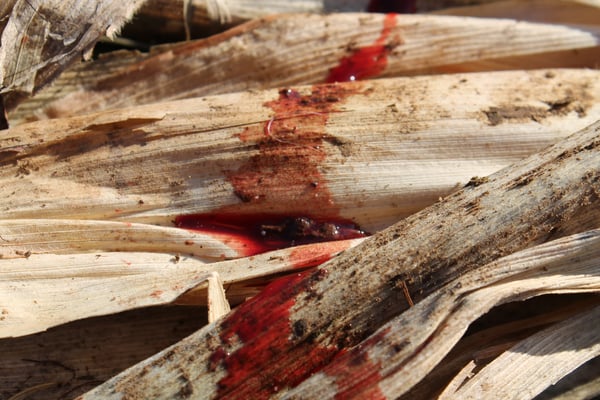 Once you find a big mule deer, it’s time to move in for the final phase — the stalk.

Once you’ve located a target buck, it’s time to get sneaky. Get your mind right for a spot and stalk. Remember, these can take hours, and can be very taxing on your mind and body. Be prepared for this, especially in more grueling terrain.

Once ready to move, it’s unlikely you’ll be able to take a straight shot to the deer. More often, you’ll need to circle back and around. It’s important to stay out of view for as long as possible. Use the terrain to shield you visually. It’s also crucial to keep the wind in your face, or at least at a cross wind. This helps keep your scent away from deer, and shields the sound of your approach, too. 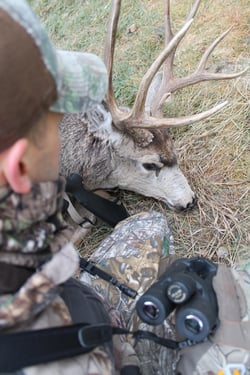 Also, never walk along skylines. Instead, zig zag, and slowly peak over the horizon down into basins, coolies, and other low-lying areas. And be on the lookout for other animals. A spooked non-target deer can easily ruin the stalk by running and alerting the one you’re after. So, be stealthy and quiet, even before you get close to the target animal.

During the final approach, if it’s very quiet, and conditions allow, consider removing your boots and go in socks only. This can make the difference, especially in terrain that’s very noisy.

Lastly, don’t force a stalk. Wait for the right opportunity. This is especially true if you’re hunting private land where other hunters aren’t allowed. There’s no rush to try a low-odds stalk and push the buck out of the area. It might be days before it returns. Instead, wait for the right situation, even if it takes two or three days to find the right one. 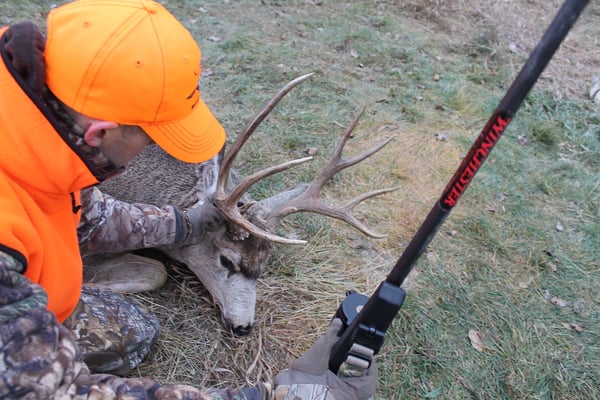 Success is sweet when you finally catch up to your target animal.

Q: Where is the best Nebraska mule deer hunting located?

A: The best Nebraska deer hunting is in the western half of the state. The further west you go, the better it gets.

Q: Can you get over-the-counter mule deer permits in Nebraska?

A: Yes, you can purchase over-the-counter (OTC) mule deer permits in Nebraska.

Q: When are the mule deer hunting seasons in Nebraska?

Q: How do I buy a Nebraska mule deer hunting license and permit?

A: You can go online, or call the phone number listed on the web.

LandTrust helps make sharing easy, enjoyable, and safe. We verify personal profiles and listings, maintain a smart messaging system so Landowners and Recreators can communicate with certainty, and manage a trusted platform to collect and transfer payment.

Follow these whitetail hunting tips and tactics and have more success this deer season.

Summer is here! Which means the kids are out of school, the weather is nice, and it might be time for a little family vacation. With gas prices sky rocketing and flights...